Here in the UK, our national healthcare system (NHS) is looked at in envy from people residing in countries such as the USA where healthcare can come at an expensive cost. Not only this but more and more Brits are finding that despite it being free healthcare, not all services are offered publicly, and this is what has led to a rise of what we call health tourism. Simply put, it refers to people who are going abroad to receive healthcare. People travel to all different types of countries for these reasons, however, today, we’re going to be focusing on one country, Turkey.

Geographically situated at the go-to between Europe and the Middle East, it takes roughly 4 hours to get to Istanbul from one of London’s airports. Thousands of Brits go there on holiday each year to resorts such as Antalya and Marmaris, however, the same amount travel there purely for the healthcare that is provided in Turkey. This position also makes it one of the more accessible countries for people from over two dozen countries nearby including Western Europe, Asia and the Middle East.

An industry official for the healthcare sector in Turkey put the estimated number of health tourists visiting the country in 2018 at nearly 1 million. This generated last year a revenue roughly around the £1.18 billion mark. In fact, the industry has become that lucrative to the country financially that the countries national airline, Turkish Airlines, will even offer you discounted ticket prices for flights to Turkey should you be travelling there for medical purposes. On top of this, there is a very high standard of aftercare in Turkey including transportation to and from the airport.

Speaking of Airports, with the recent opening of the new Airport in Istanbul people from over 40 countries including the UK will find themselves being just a four-hour flight away from being able to access the Turkish healthcare system. This will help the growth of the sector and open the doors of the healthcare system to millions who are in dire need of it.

A big contributing factor to the popularity of healthcare in Turkey is its abundance of geothermal springs known for their healing benefits. In fact, it is the top choice in the whole of Europe when it comes to these pools and ranks in the top seven countries in the entire world. However, this isn’t the only reason, they also have a surprisingly high number of accredited hospitals that specialise in areas such as:

There are more than 50 JCI accredited hospitals spread out across the country of whom satisfy the same standards required by the regulations in EU countries and here in the UK. Some of the most skilled hospitals have even created prestigious partnerships with countries such as the John Hopkins Institute and the Medical Centre of Harvard.

If you put the fact they have some of the nicest springs, and most skilled doctors along with an affordable price, this is the recipe of success that has led to the surge of popularity. These prices can be lower than relative prices over here from private healthcare providers. On top of having to pay an annual premium, for example, if you needed knee replacement surgery, it would cost £10,806 (AXA Healthcare), however, if you were to travel to Turkey you would be paying £3,960! That’s a substantial saving and that’s without even considering any checkup costs, additional tests or annual subscriptions.

Another benefit for us Brits when it comes to healthcare in Turkey is that the waiting times are dramatically lower than over here. It’s all too common of a story for us to hear of someone we know having to wait 6 months for a crucial operation, whereas if you were going to Turkey you’d find on average that it would be less than a month and more towards a fortnight you’d be waiting for. This is extremely important to people who want/need to get their operation out of the way sooner rather than later.

Some of the hotspots within Turkey for health tourists include Istanbul, Antalya and the Capital, Ankara, with most tourists choosing to come during the Summer months due to the northern areas of Turkey being quieter around that time.

The future of the healthcare tourism industry in Turkey also looks very promising, to the point where it’s embedded itself as a crucial part of the 2023 vision plan, which is a series of goals set out by the government they hope to achieve. Currently, in the world, they rank fourth when it comes to healthcare tourism overall, however, this isn’t good enough for them – they’re eyeing that top spot by the year 2023. One way in which they aim to achieve this is by adding to the countries of Africa onto their customer books.

If you’re planning on going to Turkey for health reasons, there are a few things you’re going to want to be looking out for. First is, as we’ve touched upon is the JCI Accreditation whose focus is to improve the quality and safety of care for patients. Next, have a look online for some reviews or testimonies from Brits who have been there in the past to see if they were satisfied with the level of healthcare provided to them. Alongside this have a look at their prices to evaluate whether you’re going to be getting good value for money. Once you’ve taken all these factors into account you will have a reliable shortlist of hospitals to choose from.

Speak to a Consultant 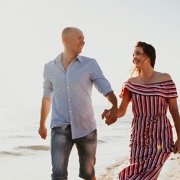 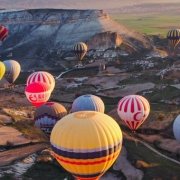 WeCure Why Turkey is an Ideal Destination for Health Tourism 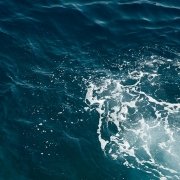 WeCure The Rise of Medical Tourism 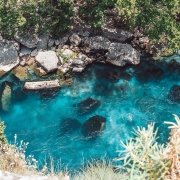 Your Guide to Planning a Successful Medical Tourism Trip

Getting Dental Implants in Turkey
Scroll to top
Open chat
Looking for a quick quote? Send us a message!